All of the staff and partners who work at Clarion Wealth Management not only have the knowledge and experience to help you pursue your financial goals, but they also happen to be extremely great folks, too! Our staff is always ready to address your concerns, answer your questions, and put you at ease.

Mr. Young has developed his career in the financial services industry for 25 years—working for and serving individuals and families as they plan for their financial future and make crucial decisions to enable them to transition into full retirement and sustain financial independence. His relationship with each client is unique and personal—his advice is holistic and comprehensive, encompassing a complete understanding of each client’s core values and financial goals.

Mr. Young serves his clients in the capacity of a fiduciary and holds the following designations: Certified Estate Planner™ (CEP®), Registered Financial Consultant (RFC®), and Accredited Investment Fiduciary® (AIF®). In addition, he is a managing securities principal, an Investment Adviser Representative and a Registered Representative through Commonwealth Financial Network®, and fully securities registered, holding his FINRA Series 7, 24, 63, and 65 securities registrations. Mr. Young also holds his life/health and variable life/annuity licenses in Virginia as well as other states and territories in the United States.

Considered a “native” Virginian, Mr. Young's ancestors settled in the Washington, D.C., area in the early 1900s. Along with his parents and several uncles, he attended and graduated from Fairfax High School. He then attended both George Mason University and James Madison University, where he earned a bachelor of science degree in 1988. Mr. Young is committed to ongoing education and is currently working through the College for Financial Planning for further certification.

At the beginning of his professional career, Mr. Young served as a Christian minister, serving in a number of churches and interdenominational ministries across the country. He has worked and volunteered as a pastor to young people and their families as a worship leader and as a director of program development. Mr. Young has a “heart” for pastoral ministry and effective mission work here in the U.S. In fact, he was instrumental in training and leading teams of young people and adults in missionary work along the Delmarva Peninsula for two decades beginning the early 1980s.

In 1993, Mr. Young began his career in the financial services industry by establishing an advisory practice with IDS/American Express (currently Ameriprise), where he excelled and became a nationally recognized top advisor, mentor, and trainer of other advisors. After successfully building a practice in the Phoenix metropolitan area, he transferred to the Savannah/Hilton Head area to lead a group of offices as a district manager and to continue to grow his practice. In 2000, Mr. Young returned to Northern Virginia and, for four years, worked bi-vocationally (church ministry and financial planning). In 2004, he opened his office in Fair Lakes and, in partnership with Householder Group/AIG Financial Advisors (currently SagePoint), he relaunched his practice as regional vice president, managing principal, and a national trainer for new advisors. During the Great Recession/financial crises of 2008–2009, Mr. Young decided to move his practice away from AIG Financial Advisors.

Clarion Wealth Management Partners was established in 2009 and secured an affiliation with Commonwealth Financial Network, one of our nation’s largest and oldest independent broker/dealers. Within the firm, Mr. Young is both the president and a wealth advisor for his clients—leading the Clarion organization in a way that incorporates his personal gifts, knowledge, and expertise in the areas of estate planning, retirement income distribution, wealth management, and protection planning.

Mr. Young and his wife, Meg, live in Leesburg, Virginia. Their older son, Peyton, is a graduate of the University of Virginia and works as an aerospace engineering for the U.S. Air Force in Dayton, Ohio, and their younger son, Harris, is a rising senior at Christopher Newport University studying neuroscience, biology, and leadership.

David W. Young III is proud to have been recognized as a Leaders Level advisor for 2021—a distinction based on annual production that places him among the top 6 percent of advisors affiliated with Commonwealth Financial Network.

Each year, Commonwealth, the firm we partner with to help us better serve you, recognizes Leaders Level advisors by inviting them to an exclusive gathering of their peers, leading industry experts, and Commonwealth home office staff. Leaders Level advisors benefit from an intensive learning and networking experience designed to help them hone their expertise, share best practices, and provide ever-higher levels of service, education, and leadership to their clients. 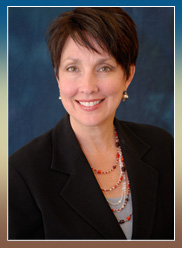 Meg has worked in the financial services industry for nearly 15 years—in partnership with David for most of that time. She specializes in all aspects of our public and private marketing, client appreciation, and educational events—and she takes care of all of our public relations and our internal business matters at Clarion.

Originally from Oklahoma and Texas, Meg has an extensive background in customer service, serving in many different capacities. She's worked for companies such as Phillips Petroleum (presently ConocoPhillips) and American Express (corporate card services). She attended and graduated from Texas A&M and holds a bachelor of business administration degree.

Meg has served or is currently serving in the community in a variety of ways—as a small group leader with Bible Study Fellowship, a national ministry dedicated to in-depth Bible study, as a leader in local women’s ministries, and as a chairperson/volunteer at several high school-based groups, including after-prom programs.

Working out of our office in Fairfax as well as her home office, Meg successfully juggles her activities, including working on a master's degree and managing a household that supports a very busy husband, her oldest, who is now living a couple of states away, and a rising senior in college.

Ms. Haslbeck joined Clarion early in 2015 and currently serves as our Director of Protection Planning.  Kelly is responsible firm-wide for all aspects of insurance (including life and long-term care) and annuities (fixed and variable).  She also assists with the administrating of estates (settlements) having the depth of knowledge and experience necessary to truly support clients or children of clients in the event a loved one is infirmed or passes away.

Kelly received her Bachelor of Arts degree in art history from James Madison University in 2013. She obtained her Virginia life/health insurance license early in her financial services career and has obtained both her FINRA Series 7 and 66 securities registrations. She is a registered representative and investment adviser representative of Commonwealth Financial Network®.

Born into a military family going back several generations, Kelly spent her childhood living throughout the South and Southwest United States. She settled in the Northern Virginia region in 2000 and has been a Virginian ever since. In her spare time, she enjoys reading, binge watching TV, and spending time outside with her husband and two dogs, Jazz and Wally. 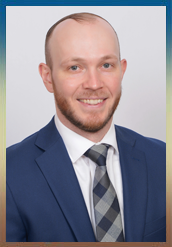 Mr. Culver recently joined Clarion in July 2020 as a Wealth Management Associate after working for several years in the financial services industry at Ameriprise Financial.  In 2013, Drew graduated from Virginia Tech with a B.S. in Applied Economic Management with a focus in financial planning and early in his career, he obtained his CERTIFIED FINANCIAL PLANNERTM (CFP®) certification.  Drew is fully licensed, holding his FINRA Series 7 and 66 securities registrations through Commonwealth Financial Network® and life/health and variable life/annuity licenses in Virginia.

Originally from Rockville, MD, Drew lives in Fairfax, VA.  His hobbies include playing sports, working out, snowboarding, and cooking. He is also an avid fan of the Hokies and most Washington sports teams. In his free time, he enjoys spending time with his two dogs, Flynn and Kira, and watching our hometown football team attempt to make the playoffs each season.  He looks forward to watching the Nationals defend their World Series win. 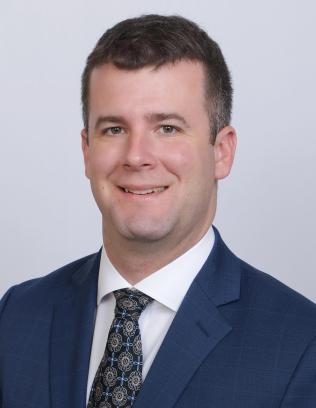 Mr. Polito recently joined Clarion in November 2021 as a Wealth Management Associate. He started his career in financial planning with ING Financial Partners in 2012 and has worked for two other firms before joining us at Clarion. In 2012, Christian graduated from Pennsylvania State University with a B.S. in Finance and obtained his CERTIFIED FINANCIAL PLANNERTM (CFP®) certification in 2018. Christian is fully licensed, holding his FINRA Series 7 and 66 securities registrations through Commonwealth Financial Network® and life/health and variable life/annuity licenses in Virginia.

Originally from New York City, Christian moved to the area with his family in 2001 and lives in Arlington, VA.  His hobbies include playing golf and rec league softball, staying active by going to the gym, spending time with family including two young nephews, and learning how to cook. He is also an avid fan of the Nittany Lions, the Washington Capitals, and the New York Yankees. In his free time, he enjoys spending time with his family and friends, exploring new areas and watching his favorite sports teams.

Mrs. Ostlund joined Clarion as our administrative assistant in January 2019. She assists with the varied aspects of office operations, helps maintain the office calendar, and provides administrative support to the Clarion team.

Prior to joining Clarion, Beth worked as an executive assistant for a local church for 14 years. She is a graduate of Wake Forest University. Having both grown up in and married into a military family, she has lived in several states as well as overseas. She and her husband, John, have two sons—one a graduate of Christopher Newport University and the other a graduate of Susquehanna University in Pennsylvania. Beth enjoys camping and hiking with her dog—and husband! She also enjoys traveling, quiz nights, and gardening. 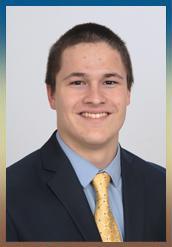 Nick spent his early childhood in Seattle, then his family settled in Northern Virginia, where he has lived ever since. In his free time, he enjoys playing board games and relaxing with his dog, Booboo. He is an avid sports fan who watches every major sport but really enjoys following both the Seattle and Washington teams (except, we’re sorry to say, the Redskins).